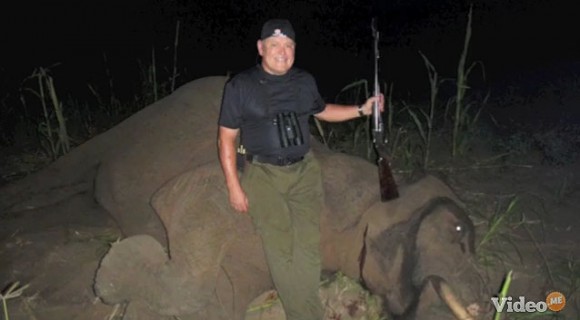 Why GoDaddy is a Horrible Host

GoDaddy sucks… their dashboard is completely un-navigable, their shared hosting has repeated errors, their VPS hosts are so poorly configured that they can’t even run updates on themselves, their CEO murders elephants for his own amusement, and they think that a few Superbowl ads featuring Danica Patrick will somehow make us forget how bad they suck. And now this… 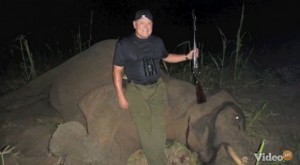 You may remember my earlier comparison/rant of VPS Hosting Providers. GoDaddy was on that list of hosts to avoid, but recent events have loaded my arsenal with rant-fuel and I cannot contain myself any longer: GoDaddy is a horrible web host and a terrible company that not only wastes your time and money, it may actively be trying to F you in the A!

First, the the technical stuff. This is stuff that actually happened. These are facts, and I invite any other developer to share similar experiences. I got a call late Friday night from a frenetic client with the horrible words: “THE SITE IS DOWN!!!”. Any developer who has heard those words on a Friday night knows that they can kiss their weekend goodbye, and so it was.

The site in question was hosted on a GoDaddy shared host. Ok, so what happened? Well, it’s an eCommerce site that required that a certain port be open for incoming and outgoing requests in order for the site’s software to communicate with the credit card processing (hosted on secure site somewhere else). Without warning, GoDaddy changed their firewall rules and they closed that port. Oops. That prevented the site from doing any business.

So what’s more frightening here? The fact that GoDaddy shut down this port without any warning, or the fact that they denied ever having that port open in the first place? In a separate incident, I had another GoDaddy server upgrade its version of PHP from 4 to 5. Any application developer will know that such a dramatic change in the underlying code can be catastrophic. And it was: the application completely broke because much of the code was not compatible with PHP 5. So the point of the story here is that I have personally experienced massive server changes on GoDaddy servers without any warning and sometimes without any acknowledgement. This is just not acceptable for any web host, and to date, I’ve only experienced this with GoDaddy.

And then it gets worse. The client wanted to keep his GoDaddy account, so he forked over the money to get a Linux VPS with GoDaddy. Man. The provisioning took over 12 hours and several calls to tech support. The GoDaddy dashboard is awful, and their ticketing system is equally poor: you can’t see your open tickets (!!!), so you have no idea what status they are in. You can chat with the techs (if the chat window doesn’t crash before you get through to somebody), but you cannot see any updates or add any information to your requests… you have to call to get information, and this can take a looooooong time.

But eventually GoDaddy got it up (heheh), and I started to configure the Linux Server with Plesk. Now the site required PHP 5.2.4 or greater, but the server shipped with PHP 5.1.6 (CentOS). There was no option to select different distros or different setups other than Plesk or cPanel on CentOS. So I started to get the server ready for take-off by updating packages and compiling a new version of PHP. I tried to download core updates… but out of the box, the repos were not correctly defined, and the VPS could not update itself. So I tried to run some updates by hand — we just needed PHP 5.2.4. So I tried to download and compile it. But the damn thing kept hanging. After some googling, it turns out that GoDaddy intentionally spikes the CPU which causes memory allocation failures. So the Plesk setup as offered by GoDaddy could not even put its own pants on.

So we had to pay an extra $10/month to get a WHM/cPanel server. So it was another 12 hours of provisioning (turns out the process hung, but without the ability to see the status of the ticket, I only got this info when I phoned in). But basically the same thing happened with the cPanel server: EasyApache could not finish executing due to memory/CPU throttling (not even on the command line). Something on those servers was completely F’d. As usual, GoDaddy techs denied everything, even when confronted with error logs. It was ridiculous and a waste of time for me and for the client (who hadn’t been able to sell anything on his site for about 48 hours at this point)

The final bit of ludicrousness was when we requested a separate IP address for the server so we could install the SSL certificate. With LiquidWeb, getting an extra IP address takes about 60 seconds. With GoDaddy? It took about 6 hours. Blink blink.

So the final solution here was to move this site over to my own server, which only took an hour or so. Instead of taking all weekend, it took only an hour. The conclusion is that GoDaddy is really good at creating billable hours, but not at actually having a working product.

The non-technical stuff here is a bit more subjective, but it’s equally unflattering. You may remember the controversy when GoDaddy CEO Bob Parsons bragged about shooting and killing an elephant and a leopard. Mr. Parsons tried to play it off as some kind philanthropy because “elephants are destroying Zimbabweans’ crops”. In my opinion, anyone arrogant and/or stupid enough to justify their actions with a statement like that really deserves a punch in the dick. LEOPARDS DON’T DESTROY CROPS. And if Bob Parsons really cared about the plight of Zimbabweans’ crops, he’d do something more effective like fund charity organizations in Africa or help them build a fence. I mean, seriously… have you seen his Video Blog? Arguably, the elephant and leopard got treated more humanely with bullets to the face than those of us who watched a 61-year-old man ogle the scantily clad women grinding against him while he lectured us on “hiring great employees.”

And remember my disgust with QuickBooks? Looks like Bob had a hand in that as well: apparently, he sold his accounting software to Intuit in 1994.

And now with the internet censorship laws coming up in relation to the “Stop Online Piracy Act” (aka SOPA), we see that GoDaddy is a political animal. First they came out in support for SOPA. Then after a “maelstrom” of internet backlash, they later discontinued support for SOPA. But what bothers me is the casual internet citizen is fooled by this token gesture. It seems that it was a calculated move by GoDaddy where they make a public statement to placate the sheople, but behind closed doors, they still are working to game the system for personal gain and the expense of public freedom. This article about a judge forcing domains to be transferred to GoDaddy was alarming. How much does the system have to be corrupted if the legal system is ORDERING domains to be transferred to GoDaddy? Why does this sound like Iraq under Saddam Hussein where oil companies were ORDERED to do business with Saddam’s relatives. It just stinks to high heaven.

Get your sites off of GoDaddy. They are Ok as a registrar if you can tolerate their idiotic dashboard and general ineptitude, but you’re wasting your life and your money if you host with them. Gotta love developers: here’s a good reference for how to move your domains off of GoDaddy: Moving Domains off of GoDaddy, but really, if you want to stick it to GoDaddy then you should call them and tie up their phone lines as much as possible. Have them walk you through how to transfer your domains…. step…. by…. step.

Find another registrar. NameCheap offers pretty much every TLD you can think of, and they at least as cheap.

If you need some good VPS hosting, I still have some space on my server: you get more horsepower than you’d get on your own VPS, and you don’t have to spend all the time setting the thing up. Contact me if you’re interested.